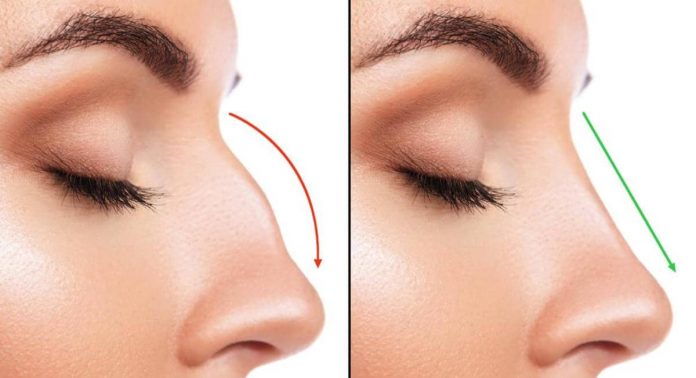 Rhinoplasty, sometimes referred to as a nose job, is plastic surgery to change or repair the shape and structure of the nose. While everyone has probably heard of rhinoplasties, there are a few things most people probably don’t know.

#1:
The first rhinoplasty was performed over 2000 years ago. In fact, there is a medical book that was written in India, the Sushruta samhita by Sushuruta around 500 BCE – that’s 2500 years ago – that describes techniques of rhinoplasty still used today. These techniques were used to restructure noses that had been cut off in battle or otherwise damaged.

Even older then the Sushruta samhita is a papyrus from Egypt, the Ebers papyrus, that gave details on rhinoplasty for restoring a nose that had been cut off as punishment for a crime – apparently a common punishment in that culture.

The discovery of Indian rhinoplasty techniques, and later the Ebers papyrus, brought rhinoplasty to England in the 18th and 19th centuries.

#2:
Rhinoplasty is one of the most common forms of cosmetic surgery. In 2007, 12 million plastic surgeries were performed in the United States alone. Of these, the top five procedures were breast augmentation, liposuction, rhinoplasty, eyelid surgery and abdominoplasty.

While the specific order can vary from year to year, these same five are usually the most common. More of these cosmetic surgeries are being performed every year.

One common form of rhinoplasty uses skin from the forehead, cut and shaped into what is needed for the nose.

#4:
This is because plastic surgery doesn’t mean ‘plastic’. Plastic surgery such as rhinoplasty was named long before the substance ‘plastic’ was invented. Today, plastic means the stuff that’s used to make everything from tired to bags to life saving medical tools. When plastic surgery was first making an appearance, plastic meant to shape something, or something that is easy to shape.

The original meaning of plastic comes from the Greek word plastike. But most people here ‘plastic surgery’ and think it is surgery that uses modern plastic implants.

#5:
Rhinoplasty isn’t always cosmetic. While it’s common for people to hear about a nose job and assume that it’s about someone trying to ‘fix’ their appearance, often rhinoplasty is reconstructive. Like the original surgeries described in the Sushruta samhita, rhinoplasty today is done to restore and repair damage from illness, injury and congenital defects.

Sometimes potentially serious illness like skin cancer will need to be removed from the nose, and rhinoplasty is done to make sure the nose heals properly from the surgery. Other times and injury will break the cartilage and bones around the nose, leading to difficulty breathing or poor sinus drainage. Poor sinus drainage can increase the frequency of colds and sinus infections.

5 Beauty Hacks to Get the Look You Want Every Time