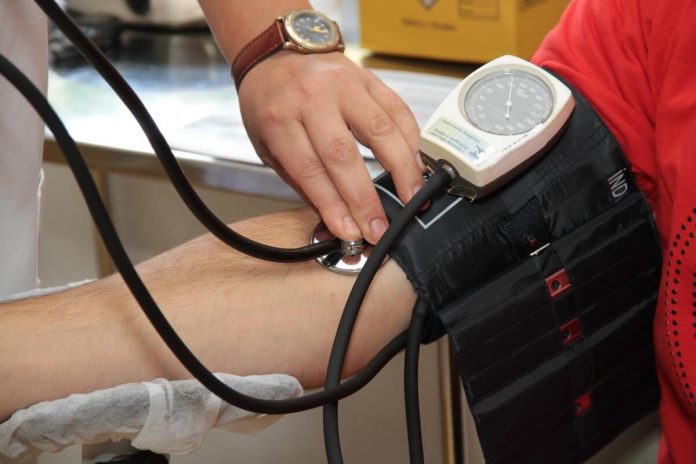 Everyone is tire of hearing about it. Yes, doctor, we know we are too fat. Yes, sir, those extra pounds matter. I agree having that last taco was a bad idea. Absolutely right, very unhealthy, total calorie madness, I will reform!

The same refrain from our long-suffering medical professionals is so often heard that many of us can’t keep track of the unbelievably long list of health conditions tied to excess weight: Diabetes, heart disease, stroke, gout, breathing problems, sleeping problems, and quite possibly supernatural problems. That’s right – obesity increases your chances of being haunted by your doctor.

Also Read: What is the importance of complete blood count? Why CBC test is used?

Blood pressure is one of the most common and serious conditions related to excess weight, but it’s in a class by itself. Here’s why it’s different:

Medical researchers from the Mayo Clinic in Minnesota decided to test the weight-blood pressure related link. Working with a random sampling of normal-weighted participants between 18 and 48 years old, none of whom had previous blood pressure issues. They carefully took not only weight measurements, but also Body Mass Index measurements and even abdominal scans of belly fat.

They then split the group in two and proceeded to feed the first group gluttonous treats like candy, ice cream, and energy drinks, while feeding the other group boring, healthy stuff. The researchers’ (probably easily achievable) goal was to make the first group gain 5-11 pounds, while simply maintaining the weight of the second.

Cholesterol, blood sugar content, and insulin levels did not increase in the 8 week study for either group. The immediate weight did not seem to make a drastic difference. At least not in the short term.

What did change almost immediately was the blood pressure of the newly fattened participants. Normal, healthy adults saw a rise in blood pressure from 114 mmHg to 118 mmGh with the weight gain of a single holiday season or vacation!

Then, Scientists Thin People Out

Conversely, studies have also found that for patients already struggling with the condition, a whopping 1 in 3 Americans, weight loss of just 10 pounds worked better to reduce blood pressure than leading medications. The weight loss also increase the efficacy of medication, if it was being use at the time. Study participants who lost between 7-10 pounds saw a drop in their blood pressure by an average of 4.5 mmHg/3 mmHg.

So Put Down That Taco!

Blood-pressure-related health problems, including heart disease, not only kill more Americans than any other cause. But they also plague nearly 67 million people at this very moment. Whether you are at your goal weight or, like the rest of us, wrestle with food choices and lamenting health providers. You should know that taking an extra moment to pick out. That healthy eating option might be the best for everyone. You can also keep track of your blood pressure using a blood pressure monitor (which you can find in stores).

Just remember, no burger tastes as good as being alive feels.

How Much Does A Hair Transplant Cost?

The Real Causes of Back Acne

Hyperbaric Therapy – A Ray of Hope for Autistic Children