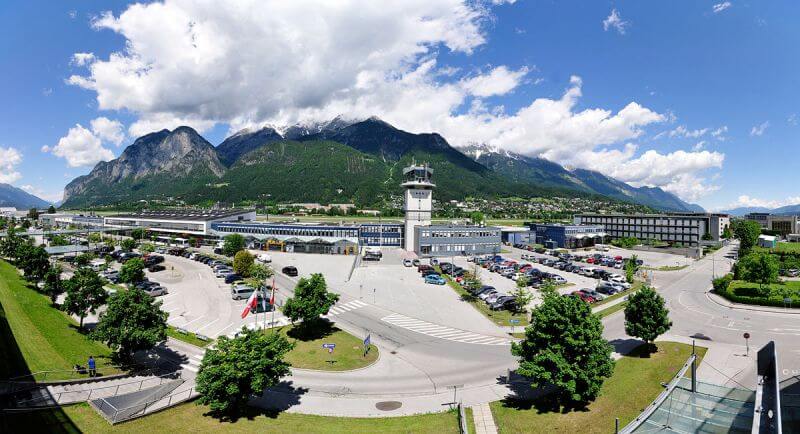 The location and neighbourhoods of Innsbruck

The name Innsbruck comes very obviously from a bridge over the river Inn. Today, the capital of the Alps extends over both sides of the eponymous river, which travels a long way through the Alps to the Danube. Directly around Innsbruck are numerous mountains, which are recreational areas and excursion destinations for the inhabitants. In the north is the also appropriately named Nordkette with the Seegrube and many different trails of different difficulty levels. In the south, the Patscherkofel stands out; this can immediately be identified by the distinctive television antenna. It is also virtually impossible to travel through Tyrol without passing through Innsbruck. North lead various mountain roads to Seefeld with its famous casino. Innsbruck is also the starting point for trips to the Sellrain Valley and then on to Kuhtai or Innsbruck is the starting point for the Stubai Valley, which also enjoys great tourist prominence. South of Innsbruck, the main traffic routes lead to the important Brenner Pass and thus to Italy. In the east and west, the famous places Kitzbuhel, Ischgl and St. Anton am Brenner can be reached.

Innsbruck’s sports facilities are bundling their offers: The Olympia Hall, Ice Dome, New Tivoli, the Provincial Sports Centre and the bobsled, run & skeleton run at Innsbruck-Igls have been uniformly operated and marketed under the new umbrella brand name “Olympia World Innsbruck” since March 2004. The Ice Dome and the Olympia Hall form the core of the new Olympia World.

The new Bergisel jumping stadium is a historical, cultural and architectural highlight of your Innsbruck visit. With the funicular and the tower elevator you will reach the panorama-restaurant from where you will enjoy “THE VIEW” over the city and its mountains above. 50 meters above ground is the panorama platform from where you will enjoy the 360° panoramic view over the Inn Valley, the alps around the Tyrolean capital.

Innsbruck as a student city

Innsbruck never loses the modern touch due to the large number of students from near and far. In addition to the tradition cultivated by the older generations, they keep the alpine metropolis constantly young and fresh. So the downhill bikers race down the paths of Igls and in some places the parties do not stop all night long. In addition, the broad academic offer of Innsbruck is also always in discussion among experts. The Innsbruck offers a modern building for all business students. The Medical University and the adjoining hospital continue to thrill the world with unique achievements, including transplantation history. At the TU, research in the field of physics and molecular biology is conducted in collaboration with international institutions.

The nightlife does not pulsate in Innsbruck all week long, but for many students, the weekend often starts on Wednesday and ends on Sunday – so there is a lot going on! If you want to combine your nightly pleasures with some culture, then the Kultur-Bakery near the Sillpark is recommended. As an extensive celebration location, the Elferhaus is known near the Golden Roof. In the old town a kind of Bermuda triangle is completed here with the Mustache and the Copa Cabana. A local tour is there so nothing in the way. If the evening hours are to be spent a bit more exclusive, then the Casino Innsbruck but much more the 5th floor in the city hall galleries can be recommended. Every now and then even an ambassador can be seen in this American bar. But those who are looking for a hangout, which he can soon call his second or perhaps even the first living room, can hardly get around the Jolly in the Mullerstrasse. There you are quickly included in the select circle of regulars.

This capital city of Austria’s Tyrol makes an excellent choice for those who want to combine skiing, culture, sightseeing, shopping, and a full taste of a European vacation at very reasonable rates. In short, Innsbruck has it all! We highly recommend it for the first time visitor. As for skiing, twice the site of the Winter Olympics, Innsbruck offers a wide variety of facilities for the skier in 5 different areas spread across the valley. The first is Hungerburg located on a shelf above the city. The skiing here centers on the Seegrube. Aside from the skiers, you’ll see many sunbathers soaking up the rays and enjoying the marvelous view of the city. Next would be the Axamer Lizum, Innsbruck’s highest area and location of the ladies downhill during the Olympics. The men’s downhill was held in Igls which is located across the valley from Hungerburg. Mutters and Tulfes make up the other two Innsbruck ski areas, and both feature lower intermediate runs through the forests. That’s great for the beginners.

Evening entertainment includes visiting the many cozy night bars and discos, a gambling trip to the casino in nearby Seefeld, a toboggan party, a Tyrolean evening or a romantic horse drawn sleigh rides through the surrounding forests.

10 Safety Tips You Need To Follow While Travel in Car

How I Found Love While Traveling?

Embracing the Travel mode, while not the Constant Travel