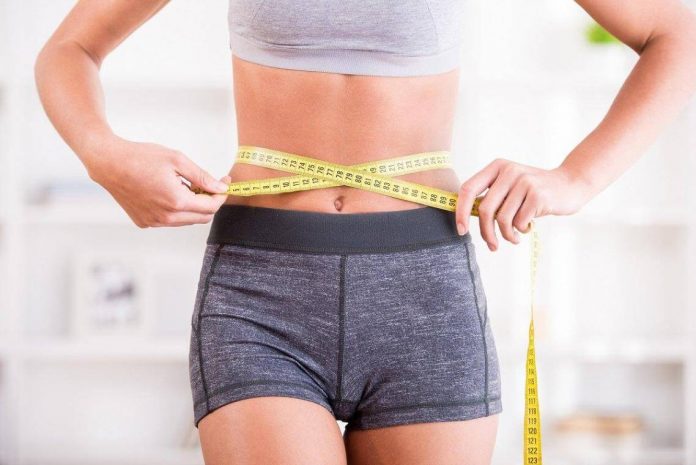 Easy! They’re the tips that focus on the easiest way to lose weight in the simplest fashion. If you get confused by all the scientific mumbo jumbo of nutrition, or you’ve realised. That your eating habits are largely due to your emotions, then read this following article!

It takes all my willpower to pass up the isle where the Cheez-It’s reside on the shelves at my local grocery store. My ever-loving girl friend rolls her eyes at me in shear disgust when she sees how weak I am to the power of these little crackers, which draw me in like a cheese flavoured black hole. “But you have given advice on nutrition to millions of people Will, how could you of all people be so weak willed about some little cheese flavoured cracker?!” she says. I hang my head in shame and avoid eye contact with her for the rest of the day….

The point of this introduction is to point out we all have our weaknesses and we are all human… even me. I find Cheez-It’s to be cheese flavoured morphine!

This small problem got me to thinking. If there is one thing I have learned after all these years of doing nutritional research, writing countless articles on the topic of nutrition, and working directly with people on their diets, it’s this: it’s rarely one single thing a person does that is sabotaging their efforts to lose fat and or gain muscle, but a bunch of little things that have an accumulated effect.

There are some amazingly simple behaviours and strategies. We can all add to our nutritional goals and workout plans that will have a positive effect. Using my own addiction to Cheez-It’s as the primary example, I am going to cover a few of these surprisingly simple yet effective strategies. A few issues to keep in mind:

(1) Taken alone, these simple tactics will have very little effect. Used alone without any other dietary changes and an exercise plan, these strategies won’t amount to much. However, as I mentioned, it’s often many minor mistakes adding up to a lack of results for people, and taken in that context, these are some simple mistakes that can be avoided, hopefully resulting in an accumulated effect in a positive direction.

(2) I didn’t invent any of these tips. They are some of the oldest and simplest tips you will ever read. I don’t even know who first came up with them, and I bet most people have seen these strategies in other places, such as various diet books, articles, or web sites. I do however think that they may be so old and so simple that most people with the best of intentions about their nutrition and exercise plan don’t follow these simple concepts.

These tips are more about behaviour changes and psychology then nutritional science, study results, or research. I have written many articles based on the later topics, but this is not one of those. If you are looking for more in-depth science oriented information about nutrition, supplements, and fat loss or gaining muscle.

This is one of the most effective strategies I know of to avoid unwanted junk and various snacks from finding their way into your shopping cart, which ends up in your home, which ends up on your butt!

Make sure to eat something before you go food shopping and you will be able to resist the junk that often finds its way into your cart. If I go food shopping without a good meal in my stomach, I often come home with a family sized box of Cheez-It’s and feel like sh*& four days after eating the entire box!

Human hunger and appetite are regulated by a phenomenally complicated set of overlapping feedback networks, involving a long list of hormones, psychological factors, and others way beyond the scope of this article. Suffice to say, we often make snap decisions and impulse purchases with certain foods due to one or more of these feedback loops being activated due to an empty stomach while we shop.

A yogurt with some flax oil mixed in is a good choice, as is a half cup of cottage cheese and a handful of walnuts or some other nut. A protein shake or MRP will suffice, but solid food tends to be more satiating.

This tip is a logical extension of tip number one. If it does not make it into your cart at the food store, it’s not in your house. However, many people use excuses like “I have snack foods for the kids” or “my spouse keeps a box of Oreo cookies in the kitchen cupboard” as reasons they can’t avoid the snacks that sneak into their diets and sabotage their efforts.

Many of the foods we eat that we know we should not be eating are based on an impulse. Impulse control goes a long way here but no one will deny it’s far harder to resist that impulse if your favourite junk food is under your nose. That’s human nature. When I have an impulse for some Cheez- it’s, I won’t resist it well if it’s only a few steps to the kitchen vs. having to get in the car to go get a box.

The former I can’t resist, the latter I can. Remember an impulse is defined as “a sudden desire, urge, and inclination.” That means it’s short lived and will go away given sufficient time, so it’s a matter of not having foods in your house that allow you to act on the impulse while it lasts.

As for the excuse of the spouse, kids, etc., that is more an issue between your kids and or your spouse. Should the kids be eating that stuff anyway? No! I had a client tell me one day “I keep eating hot dogs ’cause I keep them in the house fort the kids”. I said “so you’re Ok with feeding your kids foods you know to be unhealthy for you and them?” She stopped feeding her family hot dogs shortly after….

…Bottom line here is, those foods should be occasional treats for both kids and adults, not staple foods that can be found in your kitchen. It’s more an issue of teaching the kids good dietary habits young so they don’t end up overweight unhealthy adults.

As for the spouse, I like to have some chips in the house, which I can resist without a problem. That is, unlike the Cheez-it’s, I can walk past the chips without having to eat them all. I can regulate myself with them. However, Kimberly can’t. Chips are to her what Cheez-it’s are to me. So I make it a rule not to keep chips in the house.

Point being, your spouse needs to support your efforts by making some small sacrifices. If you were an alcoholic trying to avoid alcohol. You would (or at least should!) expect your significant other to not keep booze in the house. If they won’t support your efforts here. Then relationship counselling is in order or a long talk, and I can’t help you there; sorry!

Tip # 3: Eat Off Of Smaller Plates

The first two tips are common sense, this one is less so. However, I find it helps, albeit not to a great extent. Again, how much we eat is based on many variables. One of them is the visual cues we get looking at the food we are about to eat. We are extremely visually orient creatures and part of deciding. How large an object is must be compare to other objects. In this case, the food we put on the plate in comparison to the size of the plate we put the food on. Some of you may remember this little visual test from grade school.

Lesson here is, we are all human and we all have our weaknesses. Trick is to know your weakness and develop strategies for coping with them. How well do you know yourself? That is, do you know what cues/triggers tend to set you off? Have you examined that issue for yourself? It’s essential to recognise the cues that sabotage your efforts. We all have them. Find yours and take steps to avoid them where possible.

For example, try making a list outlining the things you know tend to set you off and how you react to the, then add a column for how you could deal with it. For example you might write “talking to my crazy mother makes me anxious and I eat things I shouldn’t immediately after the phone conversation” which would be followed by a suggestion of steps to change it, such as “always eat a meal right before talking to mom” and “only take calls from mom when I am ready and able to deal with her” and “go for a walk immediately after talking to mom to distress and give me time to get over impulse to eat junk” and so on.

Develop coping strategies to your known triggers. I know for example going food shopping on an empty stomach means, Most probably end up with a large box of Cheez-it’s in my house. That found if I go shopping irritated over something. I don’t need as food is one of many ways we self medicate looking for some comfort. Hence the term “comfort foods” this is commonly chocolate, ice cream, and so on.

Learn what your hot buttons are that lead to a negative behaviour. Learn to identify when it’s happening. Develop strategies for coping with it.

How do you go about doing that? As entire books have been written on that topic, my advice will fall short here. That journey is also highly individual. For some it’s working with a therapist or behavioural specialist, for some it’s reading a few good self-help type books, and for some it’s activities such as meditation, joining support groups, and others. It’s also a life long journey.

The purpose of this article is not as much to supply tips for success in your fat loss endeavours. But to actually remind people of what is state in the intro to this article. Most people fail in their fat loss/diet goals not due to a single mistake. They are making (with exceptions) but many small events that have an accumulate effect that sabotages their efforts.

7 Post-Exercise Tips Everyone Should Be Following