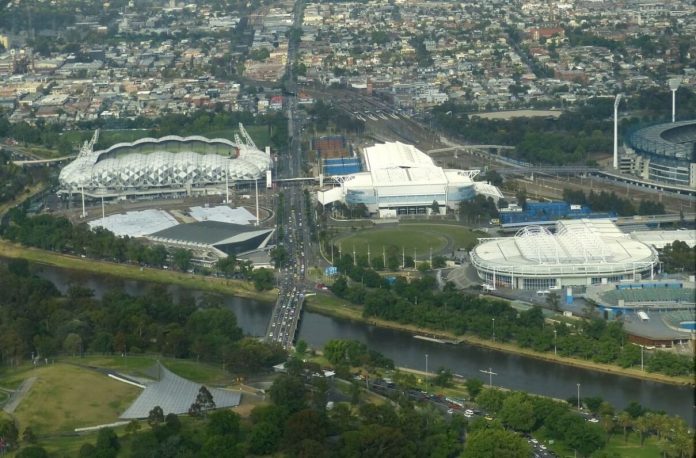 Visitors to Melbourne are always amazed by how much there is to see and do, and the Australian city truly is a haven for sports-loving travellers. Some of the biggest sporting events in the world take place in Melbourne each year, so if you love to travel and enjoy your sport, Melbourne is definitely the place to be.

Let’s look at some sporting highlights this city offers visitors.

The Australian Open Tennis Championships is one of the biggest tennis tournaments in the world. There are only 4 Grand Slam tennis events and this is one of them (with Wimbledon, the US Open and the French Open being the others).

The tournament takes place in mid-summer in January right in the heart of Melbourne city. In fact, the tennis centre is located only a few minutes’ drive from the Melbourne CBD, so if you’re staying in the city itself, getting to and from the tennis each day is easy.

The best male, female a doubles tennis players in the world all come to Melbourne for the Australian Open and it’s certainly a glamorous and fun-filled event not to be missed by sports fans and travellers.

2 exciting weeks of tennis can be intermingled with seeing the sights of Melbourne, enjoying the city’s vibrant nightlife, and sampling some of the very best food you’ll find anywhere in the world.

If you love your thoroughbred horse racing, getting trackside on 4 great separate race days, they want to party the nights away with all the other revellers in Melbourne, then book a trip to the city for very early November.

Each year Melbourne plays host to the most popular and famous horse race in Australia known as the Melbourne Cup.

It’s not just one race on one day either. The Melbourne Cup Carnival runs for an entire week, and it’s one of the most popular times of the year in the city. In fact, when the Melbourne Cup 2019 race takes place, practically everyone in all of Australia will stop to watch it on TV, wherever they are.

The best of the best horses from all over the world come to Melbourne to compete in the race, and it’s the most glamorous and coveted event on the Australian racing calendar.

Even if you don’t wish to be trackside at Flemington Racecourse for the big race, just being in Melbourne and engrossing yourself in all the parties, carnivals, street parades and activities for the week is a memorable experience and worth travelling to Melbourne for.

It doesn’t get any more exciting and glamorous than being a part of one of the many Formula 1 races that take place around the world each year, and the first race of the Formula 1 season always kicks off in Melbourne at Albert Park each March.

All the racing teams have spent the off season their cars and preparing for the start of another huge year, and the season explodes with the running of the Melbourne Formula 1 Grand Prix.

March is a fantastic time of the year to be in Melbourne as a visitor too. Autumn has just kicked in, the weather is pleasant, and there’s just so much going on in and around Melbourne to entertain tourists after racing has finished for the day.

The Albert Park circuit is rated as one of the best in the world to watch the race, and it’s located only a short drive away from the centre of the city, so close to all the major hotels.

Other Popular Sports In Melbourne

Aside from the 3 major sporting events mentioned above, Melbourne also plays host to numerous other sports, and fans come out in droves to support their favourite teams.

Also Read: 10 Ways Travelling can Make You a Better Entrepreneur

Some popular sports include:

If you love to travel and you really enjoy your sport, no matter what time of the year you visit Melbourne there will be a major sporting spectacle to enjoy.

You’ll never get bored in Melbourne, as there’s just so much going on all year round.

Hit the Highlights During a Weekend in Key West

Home Comforts on Your Fishing Trip

Planning A Motorcycle Trip In US, Best 10 Places Are A Must Visit